Team concept puts Hornets over the top at home meet 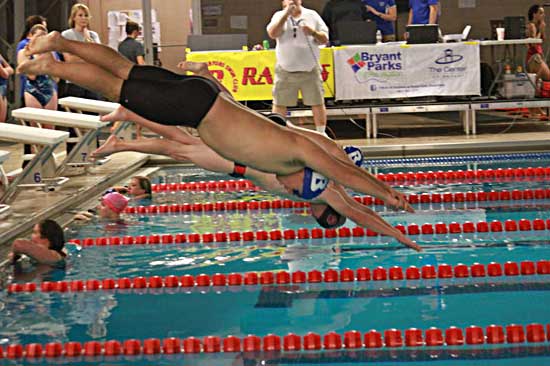 The Bryant Hornets swim team garnered first place points in just one event Thursday night at a[more] home meet at Bishop Park but scored so well as a group that they took top team honors in the eight-squad competition. 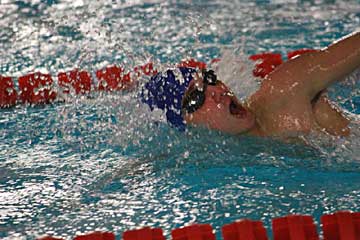 The lone first-place finish came in the 400 freestyle relay when the quartet of Ross Grant, Jake Tipton, Casey Ball and Dylan Rogers accumulated a time of 3:58.51 to beat out Cabot.

The Hornets were second in four events. In the 200-yard medley relay, Ball, Rogers, Hayden Stewart and Tipton teamed up on a 1:58.58 clocking that was just off the 1:56.99 pace of Arkansas Baptist’s team. 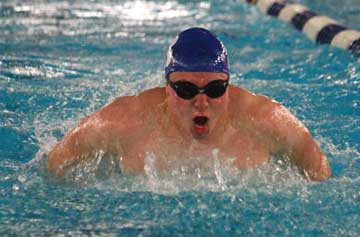 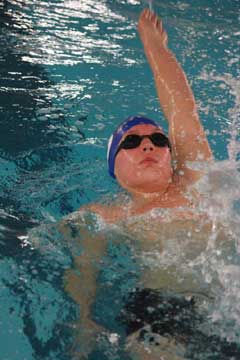 Grant, Casey Ball, Hoffpauir and Stewart combined in the 200 free relay and garnered third-place points with a time of 1:53.72.

In the 1-meter dive competition, Scott Mead was third, Reitenger fourth and Justin Combs fifth for the Hornets.

The Hornets’ divers are set to compete at UALR on Tuesday, Dec. 6, with the swimmers returning to action on Thursday for the Catholic High Speed Meet featuring 50 and 100 yard freestyle races. 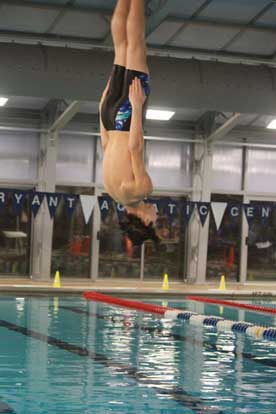